On June 15-18, 2021, an interdisciplinary group of walking, biking, and placemaking professionals convened for Walk/Bike/Places 2021, a hybrid conference held in Indianapolis, Indiana and virtually around the world. Working with our co-presenters at Big Car Collaborative, APBP, and the City of Indianapolis, Project for Public Spaces brought together 581 participants from around North America and the world for a week full of mobile workshops, inspiring general sessions, networking events, and virtual breakout sessions.

Who attended the conference?

Attendees hailed from 47 U.S. states, 5 Canadian provinces, and countries around the world, from Australia to India to the Netherlands.

Held in the wake of the global coronavirus pandemic, the theme of Walk/Bike/Places 2021 was “The Route to Recovery,” and the program gave participants an opportunity to explore how our streets and public spaces can act as agents of healing from the pandemic, as well as the many challenges and injustices that it magnified, like systemic inequities and our often deadly auto-oriented transportation systems. 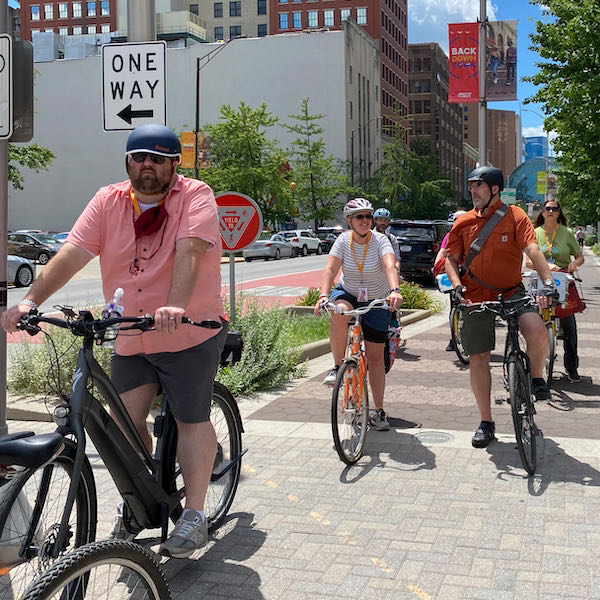 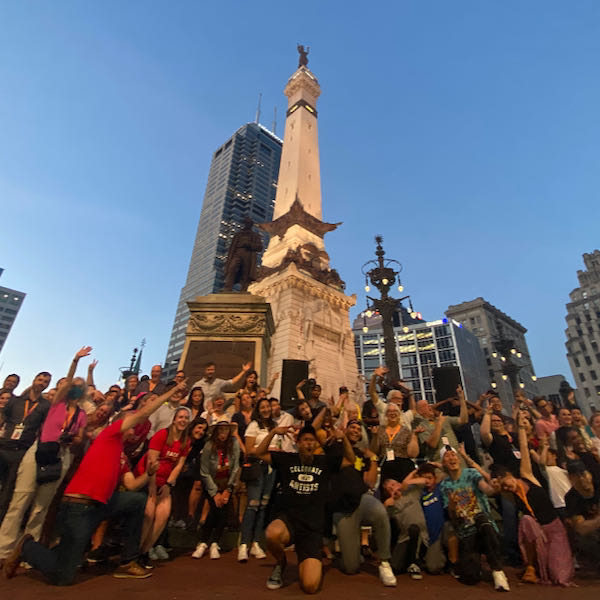 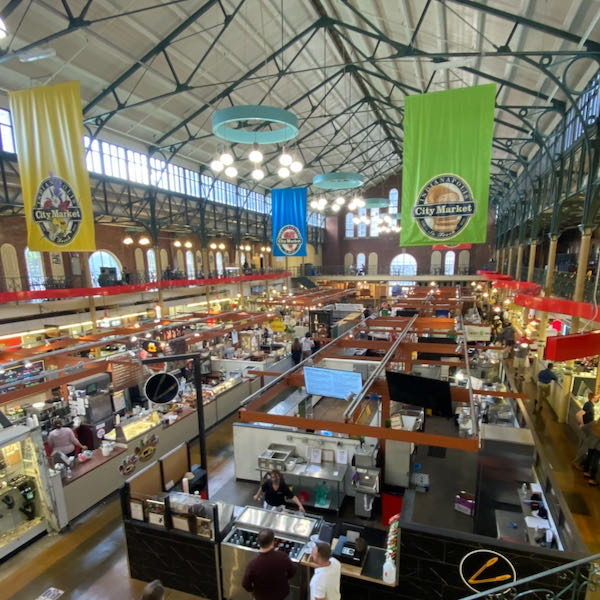 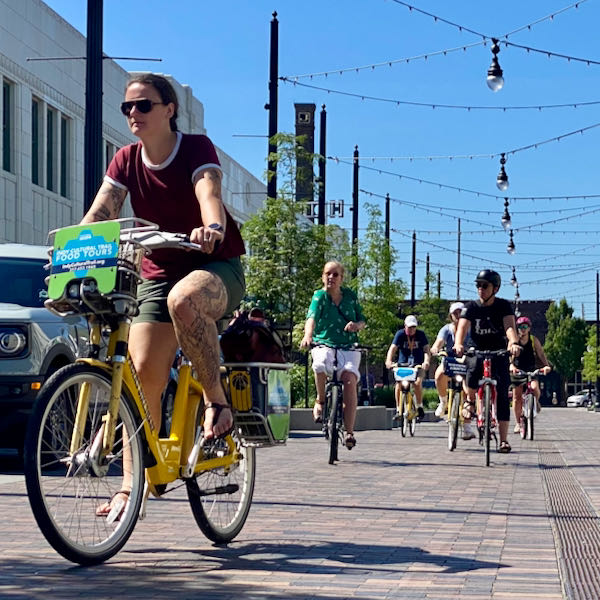 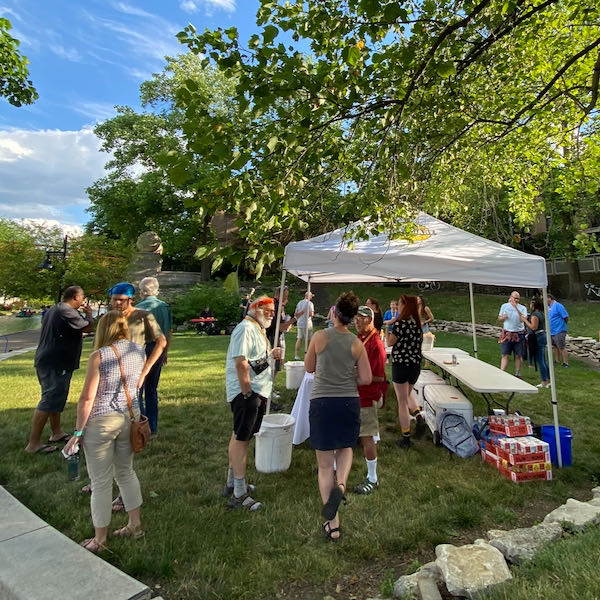 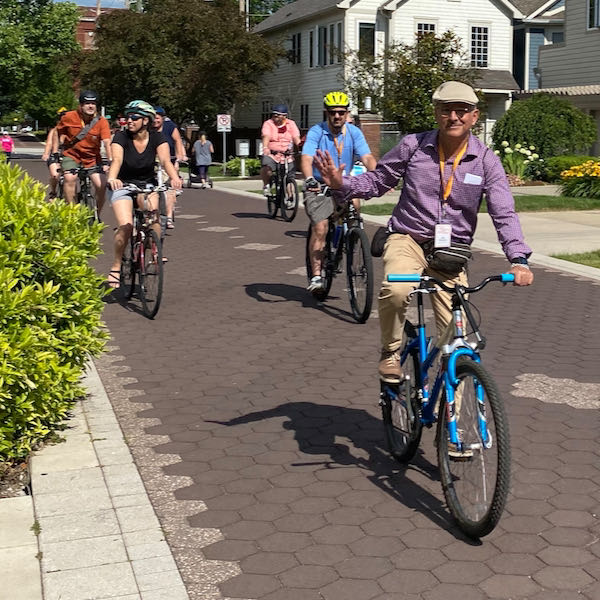 Charting the Route to Recovery

“We are in a period of root shock—it’s ungrounding, it’s disorienting—and it’s due to a convergence of crises. … One of the reasons to walk and bike is that we need to live differently. We need to stop guzzling gas, we need to go see places for ourselves.”

Nothing captured the theme of this conference better than our keynote speaker, Dr. Mindy Thompson Fullilove. Dr. Fullilove's well-known work as a social psychiatrist has explored trauma and healing in cities through books like Root Shock and Urban Alchemy, while her most recent book, Main Street: How a City's Heart Connects Us All, delves into the important social and psychological role that great commercial corridors can play in our communities.

Our opening plenary also offered a unique perspective on recovery and the pandemic. After a devastating year, the coronavirus pandemic finally appears to be on the decline in North America, and decision makers have turned their attention to the question of how we can “build back better.” But what does this mean for people with disabilities?

“One of the reasons Walk/Bike/Places came into being is to create spaces where everyone can be healthy—and that includes people with disabilities.”

This panel brought together the first First All-Agency Chief Accessibility Officer for the New York Metropolitan Transportation Authority Quemuel Arroyo, Brandeis University public health student and adaptive mobility activist Joelle Galatan, City of Oakland Policy Director of Mobility and Interagency Relations Warren Logan, pedestrian and safe streets advocate and former Ms. Wheelchair America Juliette Rizzo to discuss how the pandemic has affected their communities and what the active transportation and placemaking fields can do to rebuild our public spaces to be more accessible, inclusive, and just.

On the second day of the conference, we received a warm Indianapolis welcome from Mayor Joe Hogsett and City-County Council President Vop Osili, followed by a brass tacks panel about efforts to improve Monument Circle, a town square at the heart of the city. In a conversation moderated by Bob Shultz of Downtown Indy, Mindy Taylor-Ross, Art Strategies, Judy Thomas, and Jim Walker, Big Car Collaborative discussed past efforts to activate the space through tactical urbanism, what downtown could learn from resident-led placemaking in other parts of the city, and recent efforts to reinvent downtown. In response to a recognition that past efforts had focused primarily on tourists, Taylor-Ross announced a new campaign—Monumental Voices—which seeks to understand why locals do or don’t come downtown through crowdsourced messages.

“True placemaking in my mind isn’t about making anything new, it’s about elevating something that’s been there all along.”

The conference’s over 50 breakout sessions and short talks also addressed recovery across six participant-generated tracks: technology innovations; health equity and access; street adaptation; justice, advocacy and policy; creative programming; and economic opportunity. Each of these sessions offered a glimpse into what active transportation and placemaking professionals have learned over the past year, and how they plan to move forward now.

An Experiment in Hybrid Events

While many conferences remained all virtual in 2021, Project for Public Spaces was driven to create a unique hybrid in-person and virtual experience. Walk/Bike/Places is built upon opportunities to learn from host cities around North America, and to meet, debate, celebrate, and commiserate with a strong community of active transportation and placemaking professionals. After a particularly difficult and experimental year of pandemic response, we felt compelled to offer this community a forum to reconnect and confident that we could do it safely. 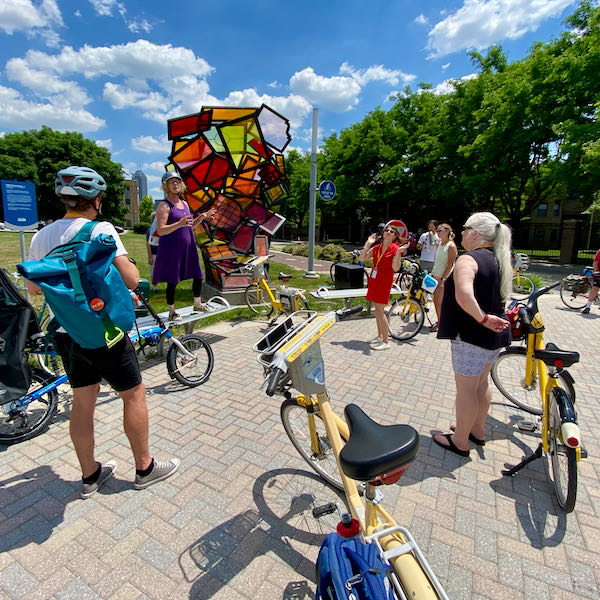 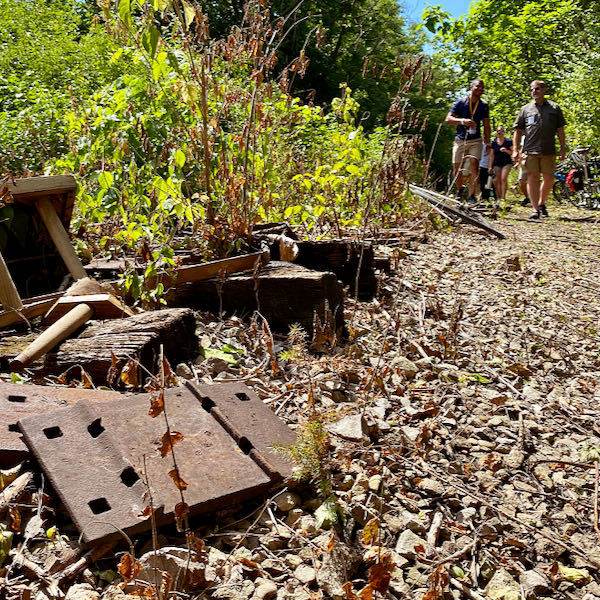 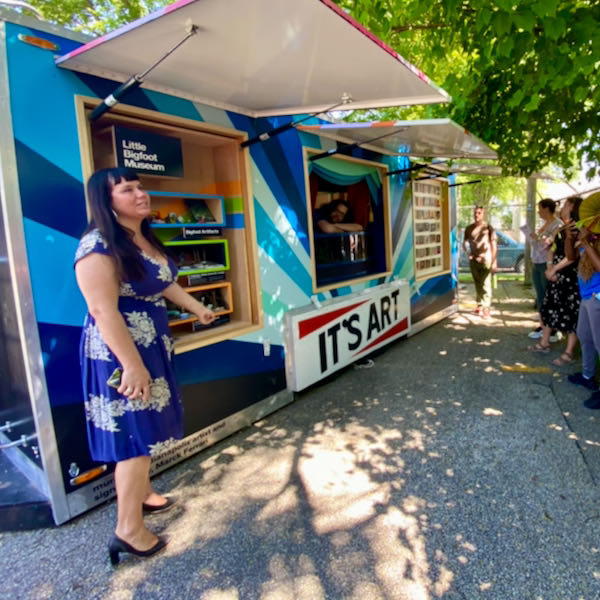 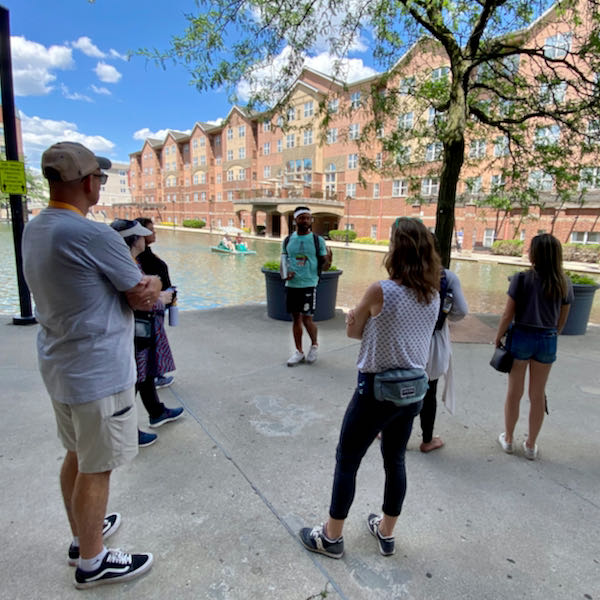 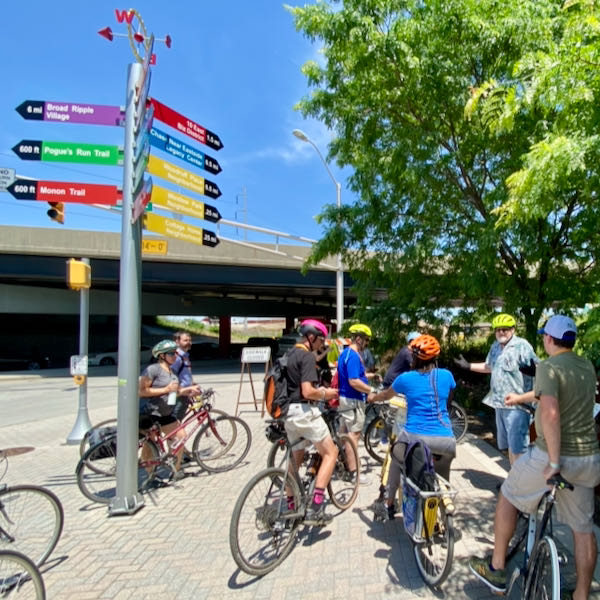 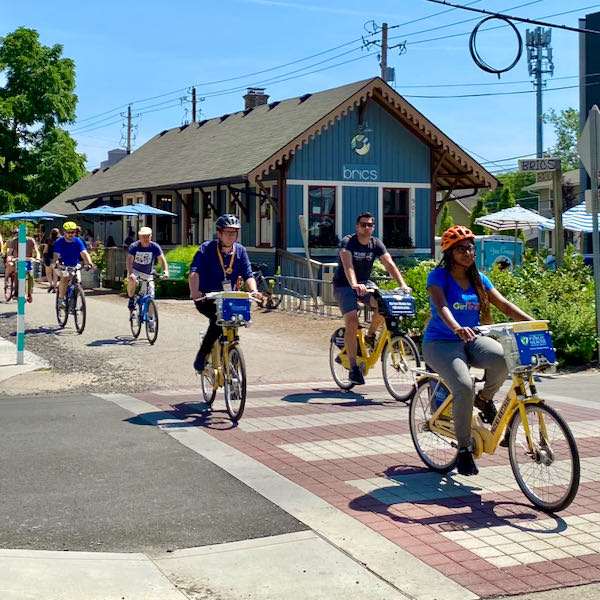 Live in Indianapolis, this year’s program focused on a dozen mobile workshops throughout Indianapolis, which featured legendary active transportation projects like the Indianapolis Cultural Trail, the region’s ever-expanding network of greenways and blueways, the many innovative creative placemaking projects across the city, a tour of Black history along Indiana Avenue, and more. The conference also featured multiple "sociably distant" networking events in some of the city's most iconic public spaces, like Monument Circle, the Indianapolis Canal walk, and the Tube Factory Artspace. 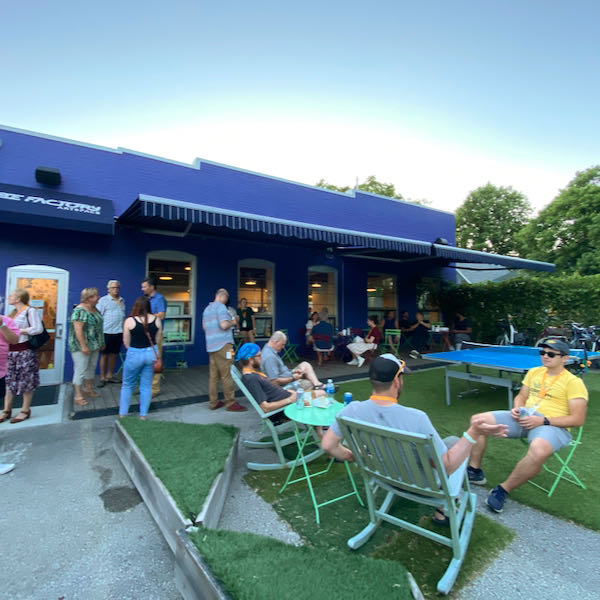 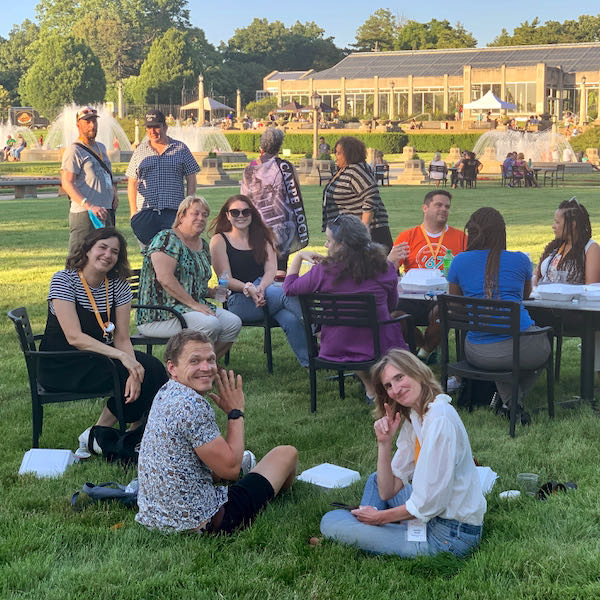 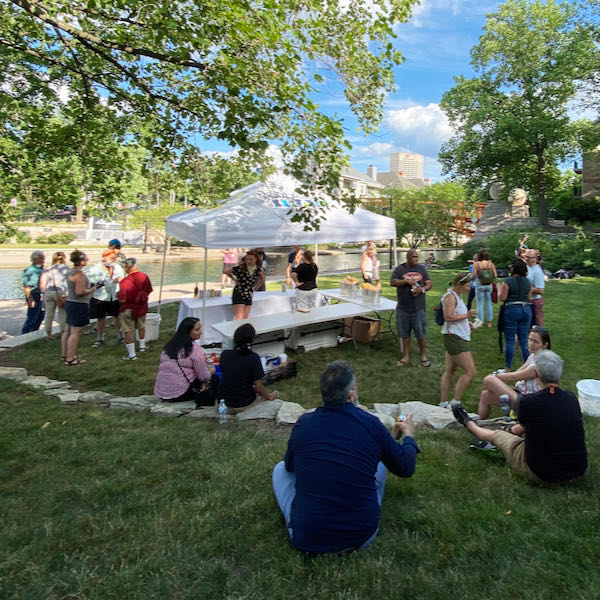 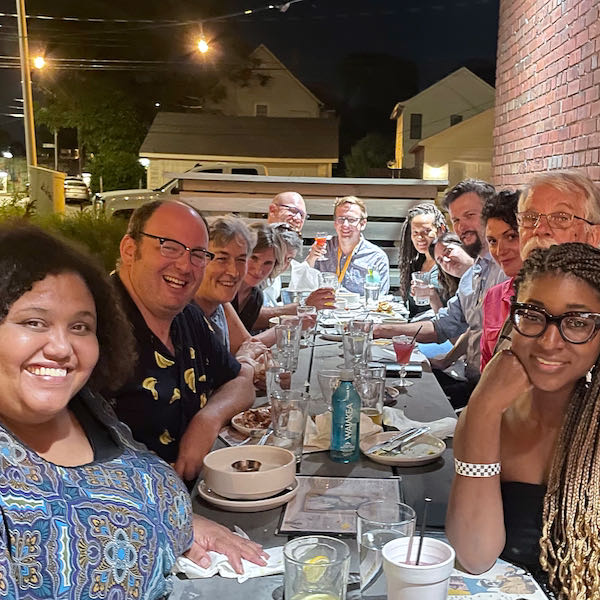 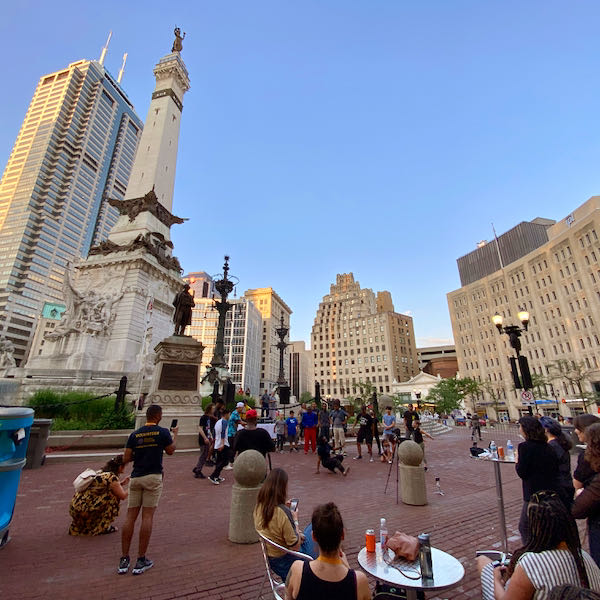 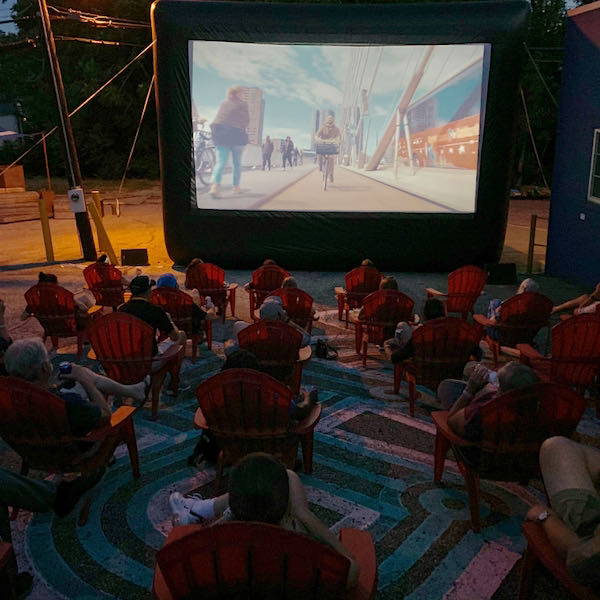 All attendees both in-person and virtual had access to a full concurrent program of online general sessions and breakout sessions, all available for up to six months after the event. For virtual attendees, this offered a full virtual conference experience, while in-person attendees had the option to either balance their schedule between mobile workshops and breakout sessions, or only participate in mobile workshops during the week of the conference and watch recordings of breakout sessions later. Virtual networking sessions also provided online attendees a chance to get to meet and greet, while Attendify allowed all attendees to interact across in-person and virtual tracks of the conference. 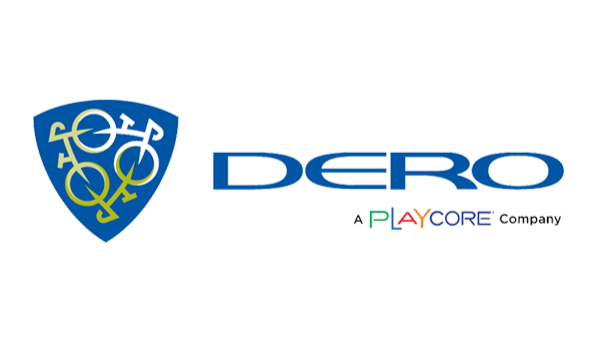 Sign up and stay updated with conference news and information

Project for Public Spaces respects your privacy. We will not share your email. We promise.
Thanks! Check your inbox to confirm your subscription.
Oops! Something went wrong while submitting the form. Please contact dleyzerovsky@pps.org.